Military pay raises are intended to keep pace with private-sector wages. Federal law calls for military pay raises to be based on a measurement produced by the Bureau of Labor Statistics called the Employment Cost Index (ECI). However, the President can recommend a higher or lower pay raise, which is voted on and approved by Congress.

Military base pay, which is reflected in these pay tables, is based only on the member’s pay grade and time in service. Servicemember’s base pay does not vary based on their career field, MOS, or rating. The following pay charts also apply to all branches of the military, including the Army, Ar Force, Navy, Marines, Coast Guard, United States Public Health Service Commissioned Corps (USPHS) and the National Oceanic and Atmospheric Administration Commissioned Officer Corps (NOAA).

Military members may also be eligible for additional allowances, such as a housing allowance (BAH), food allowance (BAS), flight pay, seas duty pay, hazardous duty pay, and other allowances. These are generally non-taxable and are based on the member’s career field, duty location, family status or other factors. 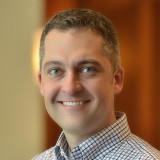